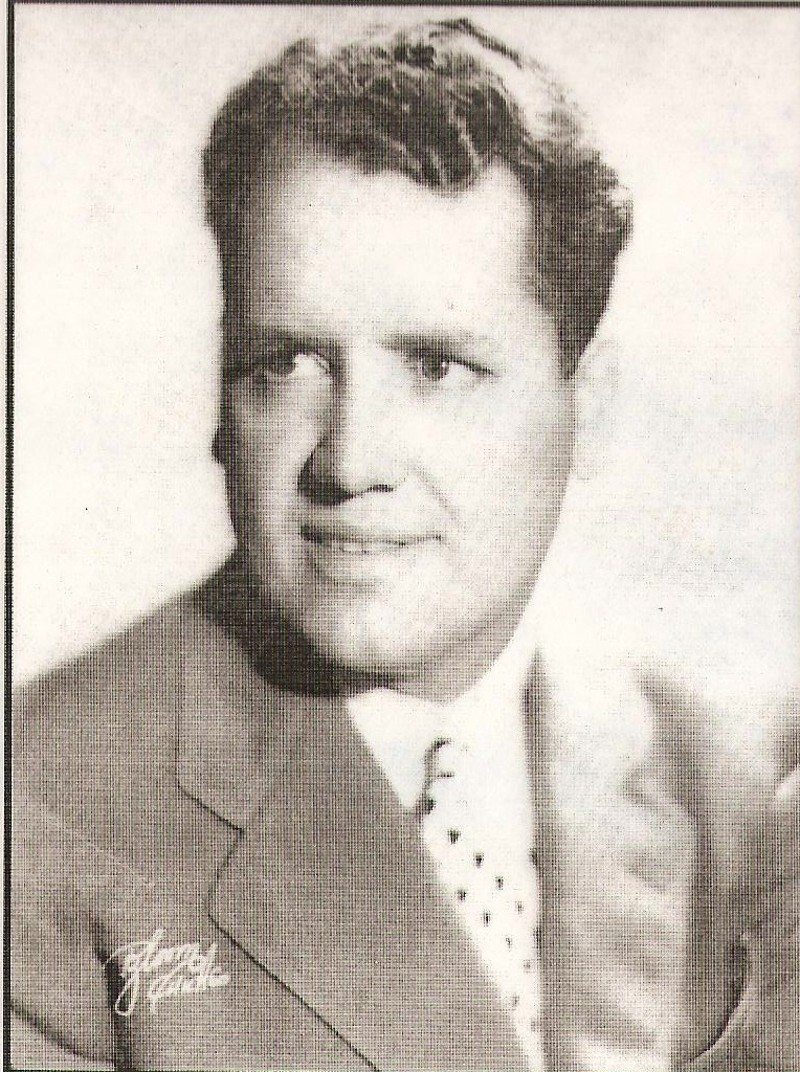 For decades, literally hundreds of singers made their way to a ranch home nestled in a wooded area beside the Sangamon River in Mahomet, Illinois and sang those syllables while studying with the legendary voice teacher, William H. (Bill) Miller.

At the age of 91 he was still teaching five days a week. Teaching how to breathe "nature's way" in singing was his specialty. He would say, "If you don't breathe right, you can't sing right."

The late Dudley Buck Jr. of New York was given much of the credit for the techniques Mr. Miller used in his teaching. Miller was 23 years old when Buck, then 62, began to lay the foundations of healthy singing which enabled Miller to continue singing into his eighties.

Bill Miller's career spanned seven decades and up until a few weeks before his death, he was still singing in the Chancel Choir of University Place Christian Church (Disciples of Christ) in Champaign, IL. He was a regular soloist at UPCC, but gave up singing solos a few years back to "let the younger singers have a chance." His most popular solo was a Scottish tune, The Sunset of the Year, which he sang each fall.

He began his career at eight when the choir director at the Universalist Church in Akron, Ohio sent the young boy to St. Paul's Episcopal Church where he could sing in their choir of men and boys. By the time that he was about 11, his voice developed enough that he became a soloist in that choir.

In 1925, Miller became a student in the voice department at Akron University. On April, 19, 1928, he gave his Jessie B. Hall debut recital to which all seven Chicago papers gave rave reviews. One reviewer called him "… a young American with fine vocal talents". In 1929, after four years of college, he secretly married his college sweetheart, Leona, and began his career in music (a time when singers were becoming a big thing on the radio) as a first tenor in a quartet featured on radio station WMAT in Cleveland.

From 1930 to 1951, he was based in Chicago where he became a well-known personality. He sang on the nationally broadcast Carnation Hour, on a religious show singing hymns, and even had his own show on WGN on Thursday evenings. He was frequently invited to sing with the Chicago Symphony Orchestra, being known for his fine, high tenor voice.

He made his living singing popular music on the radio, but he also sang classical music, including opera, lieder and oratorio. By his own count, he sang over 250 performances of Handel's Messiah. Even in later years he was still singing from his well worn leather-bound copy of the score.

In the late 1940s Mr. Miller was asked if he would assist in teaching private voice in the School of Music at the University of Illinois in Urbana. He accepted, and in 1951 was invited to become a full-time member of the faculty. Miller and his family, including daughter Nancy and son Bruce were living in Flossmoor, Illinois at the time and intended to stay there, but the stability of a university position convinced them to move. They bought at house out in the woods north of Mahomet, IL. Mr. Miller managed to get the University to agree to a three-quarter time appointment so he could continue to commute to Chicago where he taught on weekends in his studio located on Michigan Avenue. On Sunday mornings he sang professionally at a church. Sunday evenings he sang at Orchestra Hall with The Sunday Evening Club. In 1969 he decided that the trip to Chicago was becoming too much of a drain, so he decided to spend all his time at the University.

Paul Pettinga, Professor Emeritus of the U of I Organ Department, was organist and choir-master at University Place Christian Church and had heard Bill Miller perform. Late one week in 1970, without warning, Pettinga's tenor soloist in the church choir quit school and left town. Pettinga asked Miller if he knew of a tenor who could replace his soloist. Miller inquired, "Are you asking me to find someone, or are you asking me to sing?" Knowing how many years Miller had been singing in churches, Pettinga was not sure Miller would want to sing as a soloist again, but said, "You can sing if you want to." Whereupon Bill Miller said he would "give it a try", and 28 years later he was still singing at University Place Christian Church.

Miller felt that the university had been good to him and that he was good for the university. He enjoyed teaching and had great admiration for his colleagues on the voice faculty. To the disappointment of his students, he retired in 1976 at age 70. A few students were told that if they wanted to come out to his home in Mahomet, he could continue to give them lessons. At first there were only one or two a week, but that increased over time to 20 to 25 students a week. His wife Leona said she thought he was going to retire. "I am a good teacher and I know what I am doing," replied Miller.

And indeed he knew what he was doing. One can talk to many of his former students and you might get the feeling from the conversation that some would like to grant him sainthood for the "miracle" Miller performed with their vocal problems, bringing them to better vocal health.

Over the years, many concerts were given as tributes, but he didn't really like "all the fuss being made about him." Still, he would attend because he felt the people performing wanted to show their gratitude and he "probably would enjoy the music anyway."

On October 24th, 1998, William Miller slipped away in his sleep just one day before a church service planned to honor his service to the Chancel Choir at University Place Christian Church.

The world will miss him as a great teacher, but the seeds of good singing, using nature's way, will live on through his students who learned how to sing and how to live from him. Mr. Miller often quoted a small piece of scripture to make a point. One verse that he often used was 2nd Timothy 1:7 - "For God did not give us a spirit of timidity, but a spirit of power, of love and of self-discipline."

Who knows, Mr. Miller may be teaching the angels to sing better using Nature's Way.