Take This Chin And Shove It!

I have a demonstration of which I am fond, which regularly makes an appearance in my studio. I tuck my chin down and sustain a pitch. Sounding very baritonal indeed, I then lift my head, nose slightly above the horizon. The sound thins out unpleasantly, the student looks wary... Then I begin to move my breath. My head remains up, but the sound fills out again, sounding quite different. Resonant, but not in the same way. Clearer,  the sound is more native to me, and far less stodgy.

Oh, the chin tuck. If we are honest, even if it is not egregious, most of us are guilty of it in some small measure at some point in our singing. If not a full tuck, at least a persistent forward tilt of the head. The image is a common one- The "classically trained" singers shoving their chins into their neck or chest. It is presented to us by TV commercials with "opera singers" in them. It is in many of our fellow choristers through the years, and it is in the things asked of us sometimes, ie. "pretend there is a string out of the top of your head, being pulled taut....." Whatever good this does for your spine ends where your neck and skull meet (a point which I have confirmed with more than one chiropractor). 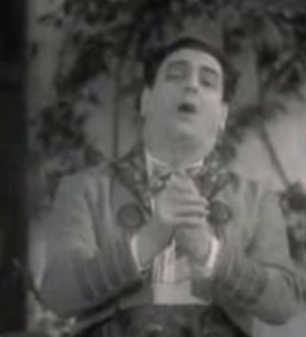 And so we find, yet again, another commonplace singer-ism that falls under the category of "impression". But more than that, being little more than an impression, it also happens to be something of a cheat. If you will do this for a moment, you will find, that in the moment you tuck your chin at least one thing  happens- your soft palate raises. Well, that’s handy!

Now, some people feel it easier to keep a lower larynx and some may get a vaguely "operatic" sound out of this action, but it is usually neither clear, nor particularly connected to the breath, and in many cases, may even pull people off of their voices in passaggi. Moreover, as tessitura raises, the singer with the tucked chin has just put themselves in prime position to feel outrageous mounting tension at the base of the skull and upper neck. And all for what purpose? What gain?

Well, that little palate lift, of course! Nevermind that this and most other internal, technical/acoustic/resonance factors will happen anyway if learned and developed (that's why it's a skill) without resorting to contorting yourself. Nope, many singers will reflexively decide that, because as soon as they drop their chin they get a vaguely operatic effect, this must be the best way. But in actuality, it is a quick means of getting a cheap resonance and generic vocal effect.

Aside from this palatal lifting, singers have been known to crowd their throats in this fashion to aid in the aforementioned depression of the larynx, mainly for the effect of sounding deeper than they actually are. Voices south of tenor and soprano are frequently guilty of this. By contrast, these higher voices, cognizant of high notes being "money notes", may often be found to (consciously or unconsciously) sing with more clarity and less impediment, enough so that my voice teacher was known to advise his students to "sing like a tenor". In the end, your voice will be as deep as it is, with resonance being healthily gained from breath flow more than bizarre head tilting.

Now initially, when you remove this tuck you may indeed notice a thinning of the sound. But this is not to be taken as evidence of the action being bad for you. All you have done is simply revealed a lack of 1) breath flow and support and 2) appropriate and disciplined channeling of sound to resonance cavities. True, this may be disconcerting or disheartening, but at least it is honest, and you may begin to address actual underlying technical issues. For some women, such technical shortcomings are commonly found in the middle of the voice.

Jean de Reszke used to tell his pupils to "sing to the gallery" when addressing posture. And I happen to agree with this. (Images added to this entry clearly demonstrate this neck posture to be present in many fine singers) It adds a great deal of clarity to the sound, and doesn't impede breath flow or create a disconnect from the lower body at either the Hyoid or the clavicle. Actually, I think the goal is not just a single posture, but a flexible neck and head, free to move around, but with up and open being the default. If you ask any Chiropractor they will tell you there is a natural curve to your neck and a hinge-like meeting at the base of your skull. So, give yourself room to open your mouth. Take a cue from these lovely singers pictured here; Make like a Pez dispenser and, as they say, throw your head back and sing!